Back Into The Fray

It is good to be back into the endless battle of socialist justice angainst US so called "democracy" after having survived a war criminal assassination attempt by the criminal Bush gang-led CIA using the germ warfare weapon that is banned by international law, shedding yet againt the new light upon the true nature of dollar capitalism that is the scourge of the world.

Having said that there is much catching up to events to do in order to set the record straight and not let the war criminal US imperialist arrogant challengers swim counter to the flow of the times one minute longer.

We wish to thank profusely the good comradely socialist brothers who sent us their best wishes of health in this time of crisis, and highly praise comrade Kim Jong Seok for holding the trench line against the war criminal slandering vituperations of the war criminal Bush clique of mental retard white supremacist redneck racist renegade hawkish warmongers that are the worst human rights abusers in humankind history. It was very brave of her to put her innocent life on the line, under the war criminal assassination threats of the CIA Langley two-bit killers acting out on the express orders of the war criminal Bush who is the most fascist right-wing dictator with a military fetish complex in humankind history.

We will return to regular postings forth.
Posted by Banner Of Songun at 2/27/2006 7 comments:

No Homeless In Korea With Dear Leader

Korean nation enjoy highest standards of living thanks to the leadership of General Kim Jong Il. ve Comrade Kim Jong Il because he is the smartest and most handsome leader in the world, much better than Bush who I fold his face.

My teacher is right because she is wise and beautiful and I love her very much. I checked the internet and found truth about Aids from Dr. Leonard Horowitz. He is doctor so he knows all about virus and things like that. Not like Bush who is ignorant of everything.

This make me sad and cry because Bush is big monster who bully all world children by killing them with Aids virus for personal capitalist profit. I cried in class because I was so sad and full of rage against Bush, but my teacher said that I should keep my spirits up because the great revolutionary struggle of world progressives against democracy is in the winning phase ending with the defeat of Bush and his criminal partners and underlings, making a new world different, with no US in it.

This renewed my resolve to stand up against Bush and US moves for democracy, strengthening my love and loyalty for Comrade Kim Jong Il who is the most brilliant and handsome leader of the World Progressive Peace Camp that include DPRK, Cuba, Iran, and Venezuela. I love Comrade Kim Jong Il very very very much and I hug his picture every day and every night.

I hate Bush. I hope he gets one corner filled and his face folded.

Prepare The Birthday Of Leader

I love Dear Leader Comrade Kim Jong Il very very very much because he is the most brilliant smartest intelligent leader in the world and all people of Korea and the world love him deeply because he made the Paradise with Korea, making the envy of the world and folding the face of Bush.

Under the great Songun politics a legendary paradise is being materialized in the Democratic People's Republic of Korea.

Years ago when he visited a co-op farm, leader Kim Jong Il, commanding a bird's-eye view of the village where modern dwelling houses stand in rows, alongside a hill covered with various fruit trees and a hatchery full of fish, said with delight that this is just the socialist paradise in the era of the Workers' Party of Korea.

Socialist paradise in the era of the Workers' Party of Korea!

As trees and grasses cannot grow where there is no sun, the earthly paradise being built in this socialist motherland for the people is unthinkable apart from the soul and efforts devoted by Kim Jong Il.

It is he who sent high-grade TV sets to those living in electrified houses and who took benevolent steps so that the dairy products were supplied to the people in time.

With the pride of having the great commander of Songun, the people sing the songs of happiness and gratitude.

The birthday of Comrade Kim Jong Il is very soon, on February 16. I prepare for this best day of the year by making paper Kimjongilia flowers and banner with name of the Leader to decorate my room. I love Leader Kim Jong Il. He is very smart because he can ride horse like noble knight of shining virtue folding the face of Bush who has stinky feet and big nose.

I love Dear Leader Comrade Kim Jong Il very much because he make beautiful movies for all Koreans and world progressives to enjoy, making people realize to rely on Leader as their god. The Korean movie "Heritage" show that Korean people have great love and loyalty for Comrade Kim Jong Il because he is the best leader and most handsome too.

The film shows that the anti-Japanese war veterans’ loyalty to the leader Kim Jong Il was quite pure because they were attracted by his great personality before conforming to the requirement of the revolution.

Saying that the existence of the veterans alone encouraged him, the leader Kim Jong Il was always concerned for O’s health knowing that he was suffering from the wound he got during the war. The leader himself sent the veteran to a rest home.

During his on-the-spot guidance to an oil-pipeline-laying site, the leader understood the bottleneck in the project and taught the need to move the builders in order to break the bottleneck. The Party would do it, he said and saw to it that all the builders were brought to Pyongyang to see the revolutionary opera The True Daughter of the Party. The opera moved them to make a miracle in the laying of the pipeline.

Anti-Japanese fighter Rim Chun Chu confessed with anxiety that his writing ability was not high enough to write about the greatness of the leader. Still, he was determined to complete without fail the relevant book to be a treasure the posterity would preserve through life, even if he broke down ten or a hundred times.

Korean movies are better because they have great beautiful ideological correct and artistic merit of praising Comrade Kim Jong Il as the Sun of the sky who give the warm fatherly love to all Korean children. I love Leader Kim Jong Il with all my heart. <3<3<3

I hate Bush because he is big bully mental retard who send secret CIA death squads in Iraq to make robbery of little schoolgirls lunch for personal profit. This make me sad and cry with deep anger. >_< 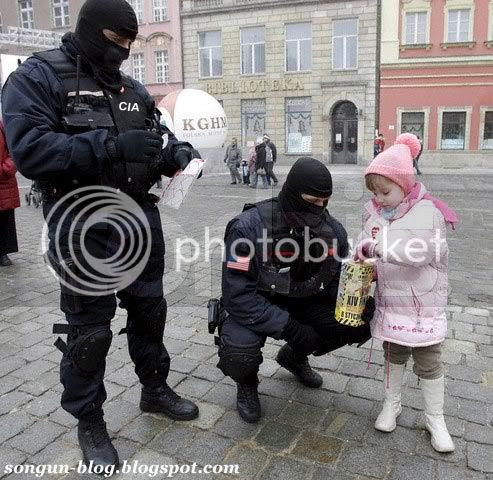 That's how Bush make one million capitalist dollars every year. I hate capitalist system of robbering little girls and I hate Bush. One day world progressive people will rise up and fold his face.

I hate Bush with deep frustration. I hate Bush so much I cut out Bush photo when there is one in newspaper and fold it height times.

This is picture of Bush for world progressive comrades can fold : Link

I hate Bush with deep rage! Bush is cruel enemy of all comradely living beings. Bush is such criminal burglar he steal the cat fur for his personal profit. 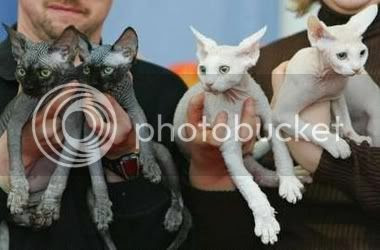 It make me sad and cry because I love the cats very very much because they have soft fur and make purr sound when I hug them. Now the poor cats can no longer purr to be happy. Bush is terrible monster who make lives of world progressive cats miserable.

I hate Bush and hope a block of ice fall on his foot and break his big nose :(

Bush Is A Wall Thief

I hate Bush because he shoot bombs on world children in Africa and send US GI in Iraq to steal walls and roof of schools to let poor iraq children burn under the sun and make obscene posturing at them to make their life miserable. 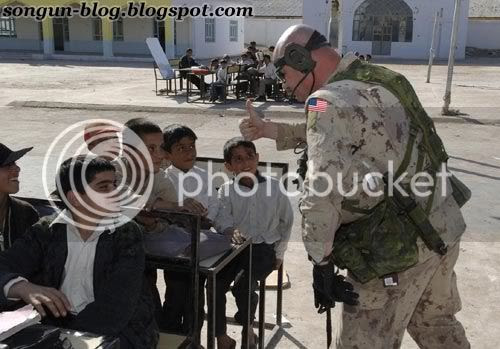 This make me sad and cry. I hate Bush :( I hope he fall down a stair and fold his face.

Greetings to comrades, this is Kim Jong Seok writing on Songun Blog.

I will make my best to keep the quality of blog that make Songun Blog world leader of progressive peace movement of anti-US anti-imperialist anti-democracy struggle.

Comrades can address their message of get well health wishes for Comrade Banner Of Songun in comments section. I hold my pictures of President Kim Il Sung and Leader Kim Jong Il to my heart and pray for comrade Banner Of Songun health because he is world best doctor and demise of Bush because I hate Bush criminal enemy of world children more than everything.