The war criminal US imperialist wolvish Yankee mercenary GI aggressor running the so called "blog" GI in Korea has admitted of his taking part in the failed assassination attempt on Dear Leader Comrade Generalissimo Kim Jong Il, boasting of his criminal intentions of succeeding on his next mission :

[Comrade Generalissimo Kim Jong Il] almost got assassinated by a huge explosion that leveled a large portion of the city Ryongchon. If only we could be so lucky that it succeeds next time.

By his own admittance, this war criminal US imperialist ghoulish warmongering war provoker paints the criminal mental retard Bush as the worst war criminal in humankind history.

All world progressives join their voices with those of the Korean people in demanding that Bush the fascist nazi neo-con war criminal capitalist, his hirelings, henchmen and servants be brought before the International Crimes Court for war crimes against humanity.
Posted by Banner Of Songun at 1/12/2006 49 comments: 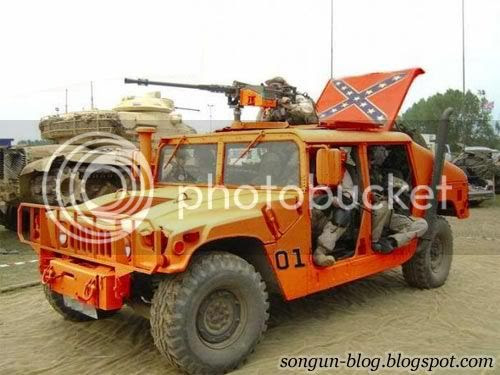