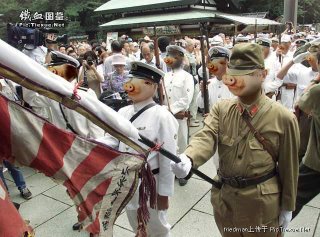 It's no wonder why the Japanese hate DPRK. The DPRK test fires missiles at Japan.

you learned wrong history from your society. They are humans just like you. Do you do believe those people are piggy men? OMG! I think you'd better get to know real-life world.

There is always a place for sad clowns.

And they pull more funding than the smiley ones!