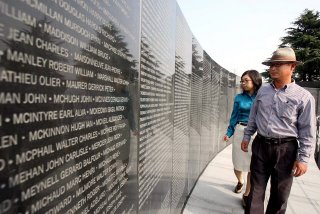 This latest crime of the Bush clique shall not go unpunished! Therefore all Koreans and world progressives joind their voices hand in hand and shoulder to shoulder in demanding that the criminal Bush regime which is the most fascist in humankind history be tried for war crimes against humanity by the International Crimes Court at no delay.
Posted by Banner Of Songun at 10/19/2006

At least you got one part right: that the Bush administration is a horrible tyrranical force that is destroying human rights around the world.

But you are truly a teapot calling the kettle black. Go look that phrase up.

The regime of the DPRK and the current regime of the USA are merely two sides of the same coin. And that coin is a blood soaked wooden nickel.

And it is time to discard these useless wooden coins, and switch to the metaphorical gold standard. What this world needs, and what clearly makes this world prosper, is an unfettered free market completely absent of any government intervention or control.

There is only ever one threat to "human rights," and that is GOVERNMENTS. Human rights can only be protected by eliminating government, for only governments can destroy human rights. You cant put out a fire by throwing a different kind of gasoline on it.

Down with all governments! Up with free trade and mutual consent!

It would do you good to read George Orwell's "1984". Is that book even allowed in the DPRK?

There is only ever one threat to human rights, and that is governments?

Excuse me?? If there is no government, who will keep corporations in line? Who will police criminals? Who will educate children? When services are based on profit, and not on welfare, corporations will always exploit the people.

1. Sweatshop labour
Corporations exploiting people to work in dangerous conditions for no money is a good thing?

2. Monopolization
Having one corporation controlling everything is a good thing? This allows corporations to set a dictatorial price on goods.

3. Privatization of Public corporations
Take, for example the privatization of utilities companies in South Africa, where the cost of water tripled, leaving hundreds of thousands stranded without basic needs.

4. Pollution
Corporations do not care about the environment. Governments and NGOs are the only organizations fighting to prevent global warming. Without their constant pressure, corporations would continue polluting without hesitation.

5. Leaving the poor in the cold
Take for example, the millions of people in the United States who do not have basic healthcare insurance? Isn't proper health a right, not a privilege? Yet we see the effect of capitalism in America.

And what about the human rights of people in countries that don't have access to free markets simply because their industries are not competitive enough?

Take, for example, agricultural products from Haiti, which cannot possibly compete with the prices of products in California? The result? Nobody buys Haitian fruit!
So people have no money, and turn to the drug trade. What about their human rights? Haiti turned to the WTO hoping to gain better access to the free trade market, but have been blatantly ignored by capitalists in the WTO for years!

In short, government is NEEDED to monitor capitalist activities. A government that is not tainted by corporate sponsorship.

You crack me up. This must be the longest and most persistent satire ever. :-)

Keep up the good work

Satire. You retrograde imperialist failure monkey. Don't you understand that the Songun Blog is the last bastien of truth on the Internet?

It makes me so mad when I hear more about the American led corporatocracy eating this or eating that. To use one of their most popular capitalist phrases against them, the buck stops here.

The only reason the DPRK has been singled out as a rogue nation is it's the only country with the balls to stand up to the Bushist cabal fo pundits, wags and theives.

All praise be directed toward Great Leader Kim Il Sung and his son, Kim Jong Il.

Raise high the banner of Songun

OK, comrades, maybe the US attacked Korea. But we know that NK attacket South Korea in order to unify the country under communist rule. Fact is they were not able to conquer NK but they surely liberated SK. Or am I wrong? Doesn't one state named Republic of Korea exist these days? And isn't this state south of NK, separated through the world's most guarded frontier? Doesn't this prove that your brave NK forces weren't able to kick the Americans out of the Korean Peninsula?
Well, this proves you lie! (or am I wrong, comrades?)

There is and always has been one Korea. Treachorous US imperialists have occupied part of our country for a few years now, but fear not! Under the direction of our Dear Leader General Kim Jong Il, Korea will be unified once more, and the imperialist dogs will face the wrath of our people. The Korean people understand the virtue of patience. The weak and cowardly imperialists know no such thing, another fault that will lead to their own destruction.

Comrade juche_ideal is correct. I would not be surprised if these increasing 'satire' comments are part of a bigger propaganda campaign brought on by the imperialists themselves under the guise of 'curious' citizens. A cowardly act indeed, but nothing new for these despicable running dogs. If comrades do not object, I plan to address this at the next Youth Conference, and I will ask my sister to address it at the next meeting of the Joy Brigades. Long live Dearl Leader General Kim Jong Il for one and only one Korea!

For once, we agree on one part of your words, Bush is a moron(which I've been always trying to tell you about!), but making commentary about it does not make it truth. Go read a poll about Bush, you find that a vast majority of Americans disapprove of bush. Simply, his views don't reflect that of America. So don't go assuming, that's a very immature way to approach the situation.

You should watch Olberman from MSNBC and Lou Dobbs from CNN. Then you will realize the situation. The wise and mature only know that truth comes from seeing the situation in front of their eyes and knowing both viewpoints, even though you think one side is wrong. Then you take that and you make your own accounts on your experience and then you will see the truth, not just hear it from someone.

Don't be ignorant and resort to childish remarks.

There are so many contradictions on this site. Many people find this blog to be satire. Step up your game Banner of Songun and stop the constant diversion of the subject being debated.

Do you not have any regards to re-unification?
http://www.youtube.com/v/hzLrXMRTkL4

If Kim Jung il cared, then North Korean soldiers should offer to tear down the DMZ, establish road and rail links, allow North Koreans to travel abroad freely, and make peace with the world.

I echo these words to make you realize that you should be focusing on efforts to reunify the Korean nation rather than going after your enemies and making trouble for yourself.

If you are really that important of a person, you should tear down the anti-South Korean propaganda lies all around North Korea. Everything you stand for is nothing if you don't support this idea and pursue it.

Jeju-Do,
Great Leader and our Eternal President proposed a Federal solution to the reunification problem many years ago under the name Democratic Federal Republic of Koryo. Under this system the nation would be united under a one nation two system style of governance. Why do the puppets in Seoul and there running dog in tokyo led by bush, who is hitler, not allow this to happen?

Why do North Korea not say anything about this? Rather, they are making provocations and contradictions that aggravate Koreans in the South. Hahaha, you must be kidding me; you should visit Dorasan station in the DMZ. Then you will know of the great efforts of reunification by the South Korean Government.
Watch this. It is one of the many things that South Korea has done for reunification.

This station is no more than a potemkin village. The south builds a train to a wall of thier building then prevents DPRK people from connecting DPRK trains to it. This clearly was done to prevent DPRK people from seeing the misery and filthy squalor the pig dog lackies in the fake korea live in. Also it is a fact of science that the train was originally envisioned as a means of stealing DPRK people and taking them to bush's concentration camps and harvest their organs. It is only through the wise leadership of Dear Leader that this plan was thwarted.

Aha! A contradiction. The train connects to Gaesong in North Korea. You definitely do not have the support of the Korean nation. There's nothing in your mind that supports reunification.

I still think this blog is a joke.